You’ve just got your residency, you’re excited and looking forward to your new life in Spain, so it’s hard to think about the realities of what comes next. Still, the truth is that residency is only the start of your journey, and there are other things you have to put in place once you start living in Spain. Although it’s not a subject you like to bring up in the pub, as the old phrase goes, “there’s only two things certain in life” and the subject of this article is not Tax!

So, what if the unthinkable happens to yourself, or a member of your family, when you’re in Spain. Upsticks caught up with Ruth Forder from Funeral Plans by Ruth Forder to chat about the problems that non-Spaniards can face at this difficult time.

Ruth explained that it’s essential for anybody who spends more than a month in Spain to consider a funeral plan that protects you if something was to happen.

When someone dies in Spain, it seems like there’s a queue of people all asking for one thing – money.  Whether it be the funeral home, the undertaker or any of the various procedures that follow a death in Spain, all of them will need paying upfront, and you must expect to be asked for your insurance details or payment. Make no mistake, if you don’t have the money, you’ll have to find the funds.

Let’s face it, at a time of distress, not everybody is focused on how much they are paying out. There are many unfortunate cases where people not used to the system have paid two, three, even four times what they should have done. Without a funeral plan in place, and one specifically designed for your circumstances, many of the proceedings can be out of your control, and you may not get the funeral you want or deserve.

Ruth and I then chatted about the actual funeral itself. A typical funeral for a Spanish citizen would happen within two days of the person passing. So it’s important to have a plan in place, be organised, and have your ducks in a row so that should the worst happen, your family and friends are given the time to get to Spain or organise your repatriation. Without funeral planning, this could be challenging. Also, the differences between the paperwork in Spain and the UK can be a bit of a minefield. For example, a death certificate is given at death in the UK, whereas in Spain, the death certificate is issued after the funeral.

Evidently, all of this is done in a foreign language and even though over time this will become less of an issue for those living in Spain, that’s not going to be the case for family and friends from the UK. Organising a funeral plan soon after you arrive means peace of mind from the start, and your family won’t have the added stress of dealing with a different process, culture and language at what is of course an incredibly difficult time.

We also had a brief chat with Ruth surrounding Spanish wills, and evidently, she said once you have moved to Spain, and you’ve got your funeral planning place, you need to protect your assets in Spain with a Spanish will.

Ruth made one last point, saying that although we often talk about the financial side of a residency application, renewals and other aspects of moving to and living in Spain, we don’t often talk about what could happen if someone dies and really, this should be a key part of any financial planning for relocation. Having a Funeral Plan in place alongside a Spanish Will should be close to the top of your to-do list

Ruth has been helping our clients for years, giving them peace of mind so they can enjoy their retirement. If you would like to have a chat with Ruth about how and when is the best time to get your funeral plan started, drop us an email at [email protected] 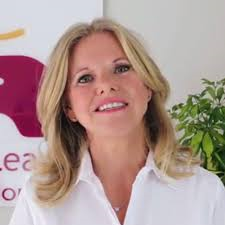 The information in this article was current on the date published.
Last reviewed/updated 12.08.2022